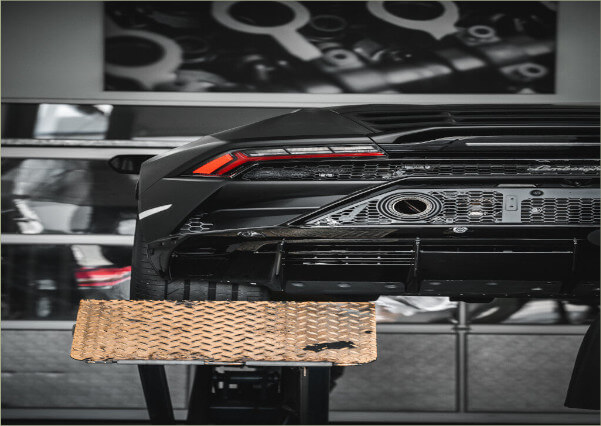 A recent post from the JPJ debunking a viral post stating the Malaysian motorcycle ‘B2’ class licence limit would be raised has piqued some interest from internet users. In the post, a claim was made that the ‘B2’ licence classification would be raised to 500 cc from the present 250 cc.

JPJ was quick to come out with a rebuttal the information in the post was false and there are no measures being taken to revise the licence structure for two-wheelers in Malaysia. Added to this was the admonishment that the p[public should not believe in such posts and always refer to the official JPJ Malaysia website and social media pages for up-to-date and accurate information.

Which does pose the question, should the limit for the B2 licence actually be raised? A little delving into the history of vehicle licensing in Malaysia is in order. 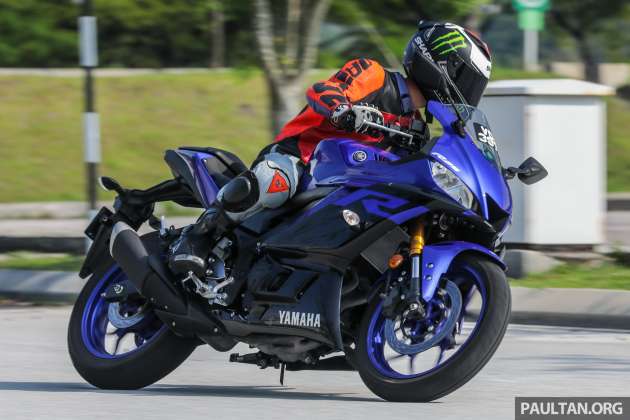 The Malaysian vehicle licence system was inherited from the British, and indeed, has stayed that way for many decades. Pre-Merdeka, motorcycles typically had displacements that rounded out in multiples of 500, with the prevalence of British twins displacing 500 cc, with singles having 250 and 350 cc options.

There were of course other engine displacements, but for the sake of this article, we shall confine ourselves to the engine displacements most usually found on sale in that era. In this case, what we had was a licence structure that reflected the racing classes of the time. 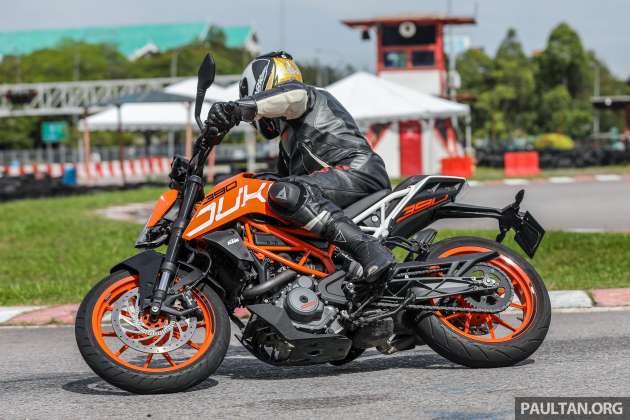 As per the racing classes in that era, the 250, 500 and Open classes, the licence classes somewhat reflected the size and power of the motorcycle you were licensed to ride. In the technology of the time, it was understood a 500 cc motorcycle was more powerful and bigger/heavier than a 250, and a 750 and above, bigger still.

The reasoning behind the licence classes was to provide a graduated system for a rider to progress to more power fuel motorcycles as they built up their riding experience and indeed, it was expected the rider first pass their B2 before proceeding to the B1 class and so on. Things then sort of fell by the wayside in the late 1970s and early 1980s when the author took his licence, with it being entirely possible to sit directly for the full B and thereby able, at age 18, to hop on a four-cylinder 1,000 cc machine and ride it anywhere to his heart’s content.

Time has marched on, of course, and today, we have 250 cc twins that make the same equivalent horsepower as a 500 from two decades ago and 600 supersport machines put out championship race-winning power numbers from the 1990s. So, with 200 hp super bikes available to anyone with money and a B licence, and sometimes not even then, is the current Malaysian motorcycle licence structure still relevant? 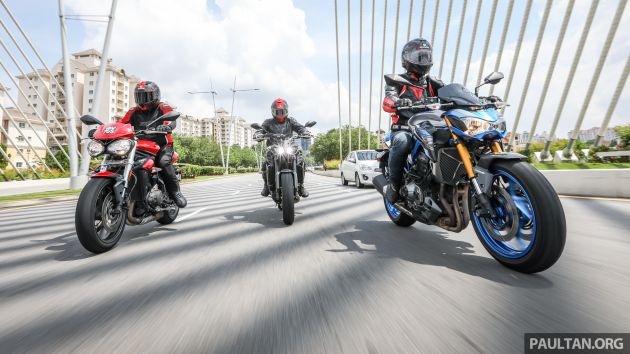 Such a graduated licensing scheme doesn’t apply to car drivers for some reason, with anyone passing their D licence test able to then go out and buy any car they wish. No doubt, buying supercar performance is at a completely different financial level to buying a superbike, plus cars these days afford more survivability with a myriad of built-in safety features while motorcycles only have ABS and traction control, and sometimes not even that in Malaysia.

Typically, overseas, a rider passing the written test is given a licence allowing them to ride motorcycles up to a certain engine displacement, usually 650 cc and with a horsepower restriction, or anything below that capacity provided it does not exceed the horsepower limit. After two years as a probationary rider, they are then allowed to ride a motorcycle of any power capacity they so choose (and can afford, because motorcycle insurance for young riders of powerful bikes in places like the UK and Australia is prohibitively expensive.)

The reason why the displacement limit no longer applies is because a 45 hp 650, low as that number seems to some, is a perfectly adequate machine to do any sort of trip on the road or highway, be it the commute, a Sunday ride through the countryside or a long haul jaunt. Fine, you may not be doing it at speeds to suck out car windows and make the driver go, “tsk, tsk! Look at that crazy idiot biker!” but you can do it, and more importantly, do it with a modicum of safety. 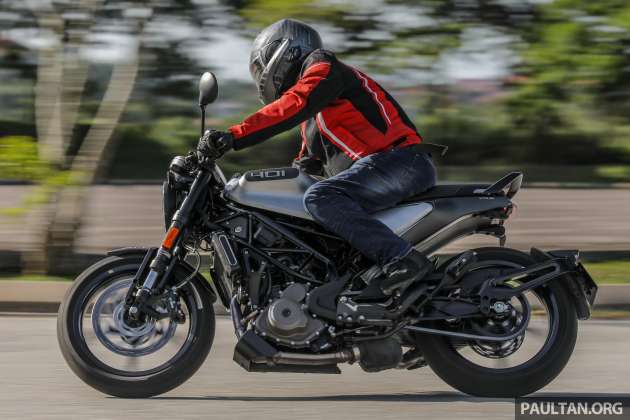 But, in Malaysia, what we get is a preponderance of motorcycles below 250 cc, usually in the 150 cc class, with little to no incentive for the rider to move ups to the bigger classes because of cost. Taking your B licence in Malaysia will cost you four figures, and for many young riders handing over your month’s salary for a licence doesn’t make much financial sense, especially if you have no wish to purchase a bigger bike (affordability of which is a whole other topic to be discussed at a later date.)

Hence, the ubiquity of small bikes on Malaysian roads, along with the related safety issues. Safety issues, I hear you say? Well, yes, and it has some, but not everything to do with the rider.

No doubt, some riders are complete and utter idiots on the road, and I wish them a short, but interesting life. I am referring to the speed disparity between cars and bikes on Malaysian roads, and no just on the highway. 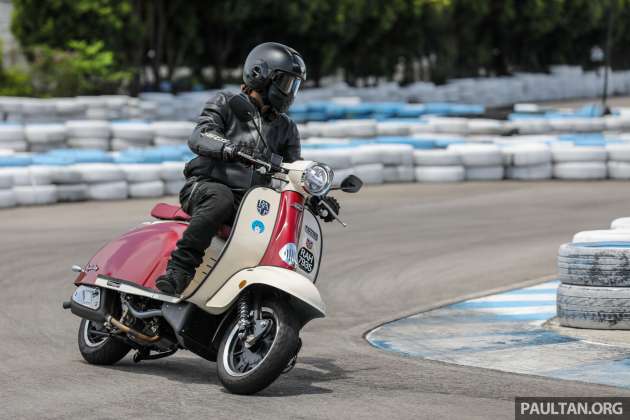 Today, if you can stand upright, blink, sign your name and have your salary banked in monthly, you can buy a car. Sure, it’s a small car, a Axia or Myvi or something like that, but it is a car.

Here’s the frightening thing, that car is capable of reaching 150 kmh or more, regardless of driver skill and/or attitude. So, the speed disparity between a small car, and a small bike, in Malaysia, is huge.

Add to that smaller bikes do not usually have the braking power and handling of larger motorcycles, along with the riding comfort, and you have a condition where the rider is suddenly at a disadvantage compared to a car driver. Some of you will say, “drive a car then, no one asked you to ride a bike.” 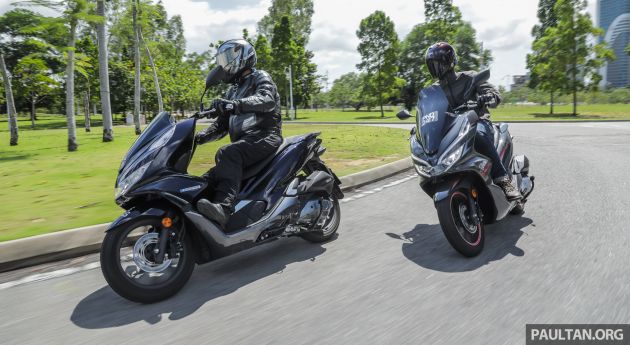 In such a case, allowing the B2 licence class to access a larger capacity motorcycle does not necessarily translate to more incidents of speeding, a 45 hp motorcycle will go to maximum of about 170 kmh, give or take. But the same bike will provide better acceleration, be more comfortable to ride, handle better and stop reliably.

The post Should the Malaysian motorcycle licence be revised? appeared first on Paul Tan’s Automotive News.

Did you miss our previous article…
https://karltwiford.net/?p=5907